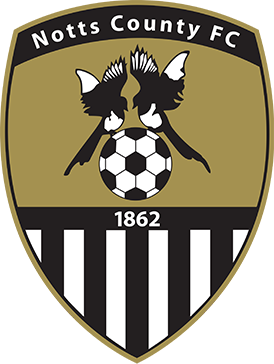 The aim of introducing the 5C’s at Notts County Football Club’s Academy was to produce a psychology programme which gave the players a basic foundation in the subject. Very few players had any knowledge of how the concept of psychology could benefit performance, or even what psychology was. I hoped that by introducing the 5Cs in the Academy it would give us a platform from which to build a programme on in future years.

The programme allowed us to maximise contact time with the players at a time that was convenient to them and their parents. We ran classroom–based sessions for 30 minutes before training for the teams on a rota basis. Each age group was initially split into two so that the workshop could be delivered on separate days; however we found that it actually worked just as well in a whole–team setting whereby the team could all work together.

The younger players particularly enjoyed the activities they were given. They were fun and engaging. It was important to us that the players look forward to attending the 5C pre–training sessions and the age–appropriate delivery ensured this has been achieved. In the grand scheme of ‘de–mystifying’ psychology, this was extremely encouraging. We believe at Notts County that young players will get a lot out of the programme as we (as coaches) have the ability to build their knowledge and psychological skills year on year as they progress through the Academy.

The older age groups have also been given a basic grounding in psychology which will serve them well for the future. However, the short contact time we had meant we built in other delivery methods ways of maximising each C to its fullest, such as:

This first year using the 5Cs has given a very good introduction to psychology for all our Academy players. All of the attributes are easily understood in football terms, and are easily relatable for the boys. Players from every age group from u9s to u16s have been able to elaborate on all of the 5C’s and give examples from previous experiences and/or the professional game. The words ‘concentration’, ‘communication’, ‘control’, ‘commitment’ and ‘confidence’ are a lot less foreign to players and coaches than the broadness of ‘psychology’, which can be misleading.

Coupled with repeated practice from tasks which have been set, we are very much looking forward to growing the 5C experience of the players further. We are looking to grow the player’s self–reliance, require in–depth personal reviews in given situations, and be able to individualise feedback and support, through the integration of video analysis. This information will be extremely beneficial to us as we work towards a more interdisciplinary approach.

We have only just begun our 5C journey, but we have been supported well and are eagerly looking forward to continue working with, and growing our 5C environment in future years.

This website uses cookies to improve your experience while you navigate through the website. Out of these cookies, the cookies that are categorized as necessary are stored on your browser as they are essential for the working of basic functionalities of the website. We also use third-party cookies that help us analyze and understand how you use this website. These cookies will be stored in your browser only with your consent. You also have the option to opt-out of these cookies. But opting out of some of these cookies may have an effect on your browsing experience.
Necessary Always Enabled
Necessary cookies are absolutely essential for the website to function properly. This category only includes cookies that ensures basic functionalities and security features of the website. These cookies do not store any personal information.
Non-necessary
Any cookies that may not be particularly necessary for the website to function and is used specifically to collect user personal data via analytics, ads, other embedded contents are termed as non-necessary cookies. It is mandatory to procure user consent prior to running these cookies on your website.
SAVE & ACCEPT
Register your interest
Register as a coach
Register as a parent
Register as a player, student or practitioner
Go to Top